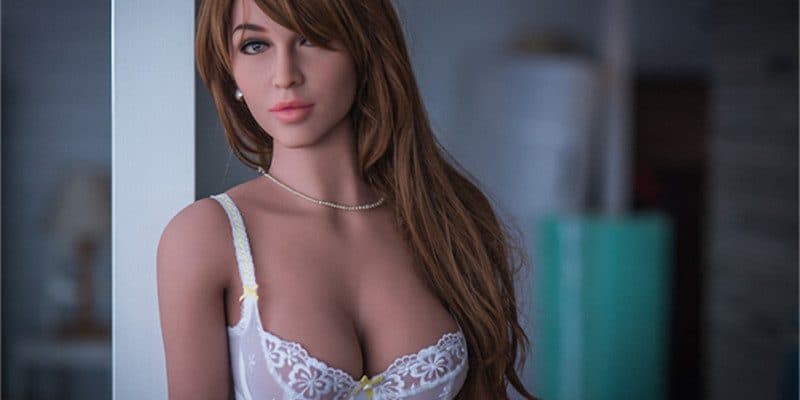 The female sex dolls are already popular due to the increasing demand of customers. The latest news predicts that dolls are becoming a new sensation in the market for women. Women are desperate to have sex dolls for their amusement. Even married women having kids want to purchase sex dolls.

It’s not amazing to know that women are as desperate as men because both hold their feelings and sexual desires. But, sex dolls were meant for men only in the past years. Phil Bass witnessed the increasing demand for sex dolls for females, “The industry consisting of sex dolls has become popular but I have seen the sensation of females towards sex dolls recently”.

Women ages 20 to 50 years old are interested in dolls but the majority of them are middle ages women. They enjoy being lesbian with sex dolls, taking photographs and amusing themselves by dressing up the dolls. These are the major reasons behind women’s sensation in purchasing sex dolls. So what might be the future of such industry? It is predicted that sex dolls are going to common among people but the latest technology will be installed in such dolls for a better experience of customers.

Are you curious about what happens to sex dolls when these are of no use? In the past, these dolls were thrown away in the garbage being useless things. But the latest trend has just begun in the industry. According to such a trend, Funerals will be held for unwanted sex dolls. Doesn’t it seem weird to you?

But you have heard it right. One of the Japans firms is up to the mark and started this initiative by holding such funerals for sex dolls. According to the news, it is reported that this initiative is started by a porn star, Rei Kato. The customers feel personal attachments with sex dolls and they cannot just throw away such dolls to be chopped away. The funerals are meant for such customers so that they could farewell their dearly departed dolls. The photos of such funerals can be seen on the official website of a company where sex dolls are getting ready for funerals surrounded by flowers.

You might wonder why there is a need for such funerals for non-living things. You may consider it a new way of generating more revenue and there is no doubt it can be a good business. But, the online surveys show the demands of customers for holding funerals for their dear dolls. Most of the men want to formally say goodbye to sex dolls when these are of no use or torn away. They consider it a personal loss because these sox dolls remain loyal to them in their loneliness.

Japan’s Company, Human Love Doll, has introduced mainly three packages of funerals started from £200. You can select a desirable package according to your needs. To say goodbye in a better way, you may need to go for an expensive package. The pictures and videos can be seen on the website. According to the company, “Love dolls are born to be loved and most of the customers do not want to throw away their beloved dolls because these are not useless things for them”. With the increasing demand for sex dolls, the disposal of dolls will become a social problem where people can find it difficult where to dispose of such dolls.

Gone are the days when sex dolls just made up of silicone or TPE was used. Technology has revolutionized every industry. In today’s World, a lot of work is being done on Artificial Intelligence. Can you imagine a sex doll having emotions and feelings just like a human being? Wouldn’t it awesome to have sex with a sex doll having such traits?

Yes, this industry has introduced modern realistic sex dolls known as sex robots. Sex dolls with artificial intelligence are being used. You can amaze yourself by enjoying a company of such a doll that can do everything from blow job to every sort of sexual intercourse. The best is that it comes up with emotions and feelings. It means it can feel your dick and moan like a girl.

Do you wonder how artificial intelligence could change the patterns of the sex industry?

To increase your sexual intercourse experience with realistic sex dolls, the sex industry has come up with introducing AI in such dolls. The sex dolls are well equipped with Artificial Intelligence and being used in different parts of the World. These are designed with AI installation for your pleasure. Believe me, you would not remain still without having sex with such a sex robot each moment. People are already pleasing themselves by having sex with realistic sex dolls. But it is predicted that sex robots are going to replace realistic sex dolls and people can do interaction with such robots.

With the help of artificial intelligence, new movements and options are available for the customers. You can do whatever you like with the sex dolls according to your needs. They can interact with you just like we humans do, feel you and have emotions. What else are you looking for?

Here are a few things that are associated with the latest sex robots to comfort you in a more realistic way:

For better user experience, sensors are being used in different parts of sex robots. To make sex dolls with AI, sensors are built into the hands, vagina, face, and breasts. You might concern that what’s the purpose of such sensors? In the past, realistic sex dolls looked like human being but they can the ability to feel like human beings and to give responses accordingly. Such sensors are being used for such a purpose where sex robots can feel when you touch her body just like women do. You can fulfill every sexual desire with such technology because sex robots can enjoy kissing, cuddling and foreplay as well. Artificial Intelligence provides mutual sexual intercourse and it is reported that most of the sex robots come with amazing features such as they can do conversation with you on various topics.

It is predicted that such sex dolls are going to hit the market with different modes. It’s not just a fucking toy anymore. You can play with it in a way you like. The best part is that your sex doll can hold a conversation with you. Artificial Intelligence is making it all possible and who knows what it stores in the future for us.

How Sex Dolls Are Made

What Is A Sex Doll?

How To Choose Sex Dolls

How to Hide Sex Dolls