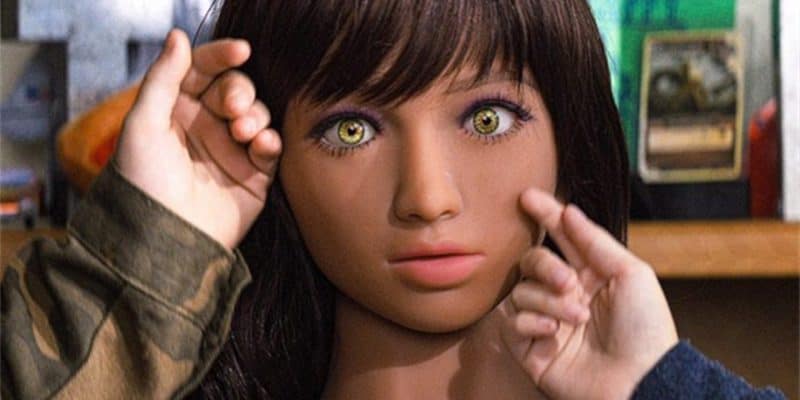 The COVID-19 pandemic has resulted in people buying hand sanitizers, toilet paper, and food supplies in such large amounts that the stores selling them are having a hard time keeping up. However, those items are not the only things that have seen a surge in sales, people have also been purchasing sex dolls across February and March. According to a report by a retailer known as “Sex Doll Genie”, the demands on their site increased by 51.6% by single males and 15.8% for the single females; there is also an increase in the orders placed by people in a relationship. Now, you might be wondering why people are gravitating towards such a product, whereas they can get a usual sex toy, like a dildo or fleshlight, for even cheaper? To understand that, we must first look at what exactly is a sex doll and how is it different than other sex toys.

A sex doll is a sex toy that consists of the entire human body, or some parts, for aid in masturbation. There are also various types of sex dolls and they are generally divided into two categories: realistic and non-realistic. The non-realistic ones are usually dolls that have partial parts, like a torso or pelvis, whereas the realistic ones are modeled completely and are designed to produce feelings of real sexual intercourse with their users. Depending on your budget, you can get dolls with features that enhance the experience, like vibrating parts or lubrication. Not to mention that some stores selling these have the option where you can customize the doll to cater to your taste; you can even get a model that looks like some fantasy characters, such as an elf.

How Can Sex Dolls be Helpful?

Dildos were the first sex toys and they were made to treat hysteria or sex addiction in women. They increased in popularity when medical professionals recommended them for therapeutic purposes, but this popularity also brought a bad reputation upon them. We see a similar situation with sex dolls as they also can be used for enhancing people’s levels of sexual wellness. They are helpful for people who have high sex drives, aid men who have partners who are pregnant or disabled and enhance your libido. Sex dolls can be used by some people to live out a fantasy that they are either shy about or is just not possible with real people. For couples who buy these dolls, it can be a safe way to introduce a third person for their sexual experiences. It is them exploring their sexuality without cheating and there are no emotions involved. They can also be a way to satisfy a partner who is not enjoying sex due to health reasons, without them needing another person.

Another major reason why more and more people are gravitating towards sex dolls is because of loneliness and their curiosity about whats it likes to be in a relationship. Since they have trouble finding a partner, most of them would purchase a sex doll and simulate romantic or sexual intimacy that they can not have from real people. They can also be an incredible gift for people with mental or physical handicaps as it’s extremely difficult for individuals with certain conditions to date or even meet new people. In the majority of the cases, being with a sex doll is the only chance they’ll when it comes to physical intimacy.

Are They a Substitute for Relationships?

Sex dolls can be helpful to men or women who want to develop a better relationship with sex and help them gain confidence in a world that promotes that anyone single, is missing out a great deal or is ‘inferior’. However, some people have chosen to go with sex dolls instead of an actual relationship for a variety of reasons. One reason is that they just want sex and don’t want to deal with the emotions getting in the way. They also do not have to take the ‘extra’ steps, like talking, developing an interest, or even dressing up nicely when it comes to sex dolls. There is even no guarantee that you will get to sleep with someone even if you hit all those checkmarks, thus, sex dolls are a great substitute in this regard.

The second reason why people prefer sex dolls over an actual relationship is because of trauma or fear. People are afraid to be hurt or rejected by someone again so they end up not trying at all, this also makes it hard for them to go out and make an effort to overcome this feeling. A sex doll is also an alternative where they do not have to deal with the pressures of being in a relationship with another person, for instance, people wouldn’t have to fear if their partner is losing interest or cheating on them. There is no risk of getting hurt if you have a sex doll and you can have all the intimacy you want that you would get from any other person. This can also apply to situations such as a divorce, you don’t have the risk of losing any money or the company of your ex-partner; the doll will always be there for you. Since there is so little risk, some people begin to form a relationship with these dolls, just as they would with a real person, it does not have to be purely sexual. There are various cases of heterosexual men falling for fake women, one example is the man who married a sex doll on an episode of “The Jerry Springer Show. The man, named John, was cheated on by his wife and since April of 2009, he has been in a relationship with his sex doll named Jackie.

There is a subculture of people have decided to stick with sex dolls instead of choosing real people,  but it is still debatable that the majority would see these dolls as more than just a means of sexual satisfaction. However, with the rise of loneliness and the advancements made in technology, we might see some noticeable trends in relationships. The reason why such a subculture exists, is because of how people percieve these dolls and how they could be something that soothes them. There are just so many advantages and low risks when you are investing in a sex doll, and when people are satisfied in such a way, they become attached to them. Sure, you could say the same thing about any other thing that gives people satisfaction, like your gaming console or TV, but the most distinct thing about sex dolls and all these other things is how they are made to resemble real people. Thus, when the desires are met and there is no risk of having attachment or dependancy on a sex doll, people grow happy and sometimes, end up being in love with them; the realistic resemblance also influences these people to percieve them actual partners.

The continuous development for achieving that realistic sex doll, as well as the demand increasing day by day, has triggered debates about the pros and cons of integrating these dolls with society. On the one hand, supporters argue that sex dolls may have effective treatment, social, and health benefits, while others argue that the growing market for these realistic sex dolls will lead to unhealthy relationships, objectification, and abuse. There is also more discussion in the professional world about design, social norms, benefits and the current state of human behaviour when an individual decides to stay with a sex doll. Regardless of that, the benefits are evident, if you are isolated as a result of geographical constraints, mental health difficulties, or real-life relationship deterioration, the ability of these sex dolls can help reduce the effects of social exclusion.

Sex With A Sex Doll While Having Sex Chat On Phone

Where Can I Buy Very Cheap Sex Dolls?

Copyright Zlovedoll.com 2022
Back To Top
Notify me when this product is available: Please leave your valid email address below.